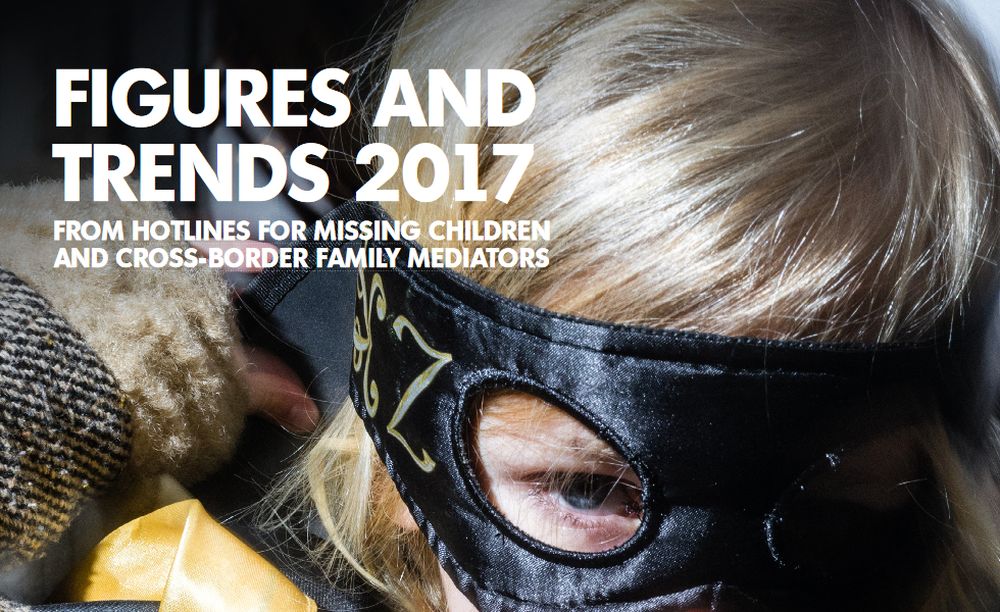 On the occasion of International Missing Children’s Day commemorated on May 25 across the globe, Missing Children Europe, a partner of Child Rescue, launched its new Figure and Trends report on missing children for 2017. The report features the evolution and trends on missing children cases in Europe handled by the Cross-Border Family Mediators’ network and the network of hotlines for missing children available through the 116 000 number. In 2017, the network of hotlines received 189 054 calls and supported 5621 missing children through calls and cases. 1 in 6 cases were cross-border and 19% of the children reported missing to the hotlines had faced situations of violence, abuse, neglect and exploitation. Children running away witnessed the majority of this, followed by children who were lost, injured or otherwise missing. While national authorities increasingly report thousands of migrant children going missing from reception centres in Europe, very few cases actually get reported to hotlines or law enforcement. The underreporting of these disappearances and a lack of clarity on roles and responsibilities regarding the prevention and response towards this very vulnerable group of children remains a worrying issue.

Criminal abductions made up less than 1% of cases reported in 2017 while lost, injured or otherwise missing children cases have increased compared to last year, making up 14.3% of cases.

1 in 6 missing children cases were cross-border in nature showing the importance of cross-border cooperation between national governments, hotlines, law enforcement and other child protection authorities.

In 2017, 46% of missing children reported to the hotline were found within the year, a 4% increase from 2016. Even though there has been a significant rise in the number of runaways that were found (from 46% in 2016 to 59% in 2017), the majority of children not found alive were runaway children. The percentage of children running away repeatedly has increased from 15% in 2016 to 16% in 2017 with reports of a single child running away over 40 times. This indicates persisting problems at these children’s homes or care institutions. Research shows that the more a child runs away, the more vulnerable they are because they are forced to use riskier strategies to survive such as sleeping rough, begging, engaging in child sexual exploitation etc. This also corresponds to data from hotlines where children running away witnessed the majority of violence, abuse, neglect and exploitation among the cases reported.

Even though national governments provide the majority of funding to hotlines (33% on average), over half of the hotlines have reported not having access to funding from national authorities in 2017. The lack of financial and human resources are the main challenges cited by the network of hotlines repeatedly. While these hotlines have responded to over 1.2 million calls related to missing children since 2011, lack of stable funding puts hotlines at risk of having to shut down.

To improve coordination in finding missing children and allow the public to be able to act as social sensors by providing clues on sightings to help an investigation, Missing Children Europe is partnering with tech, local missing and other child rights organisations and academia to develop the Child Rescue app.

Missing Children Europe is the European federation for missing and sexually exploited children, representing 31 organisations from 27 European countries. We provide the link between research, policies and organisations on the ground to protect children from any kind of violence, abuse or neglect that is caused by or results from them going missing.