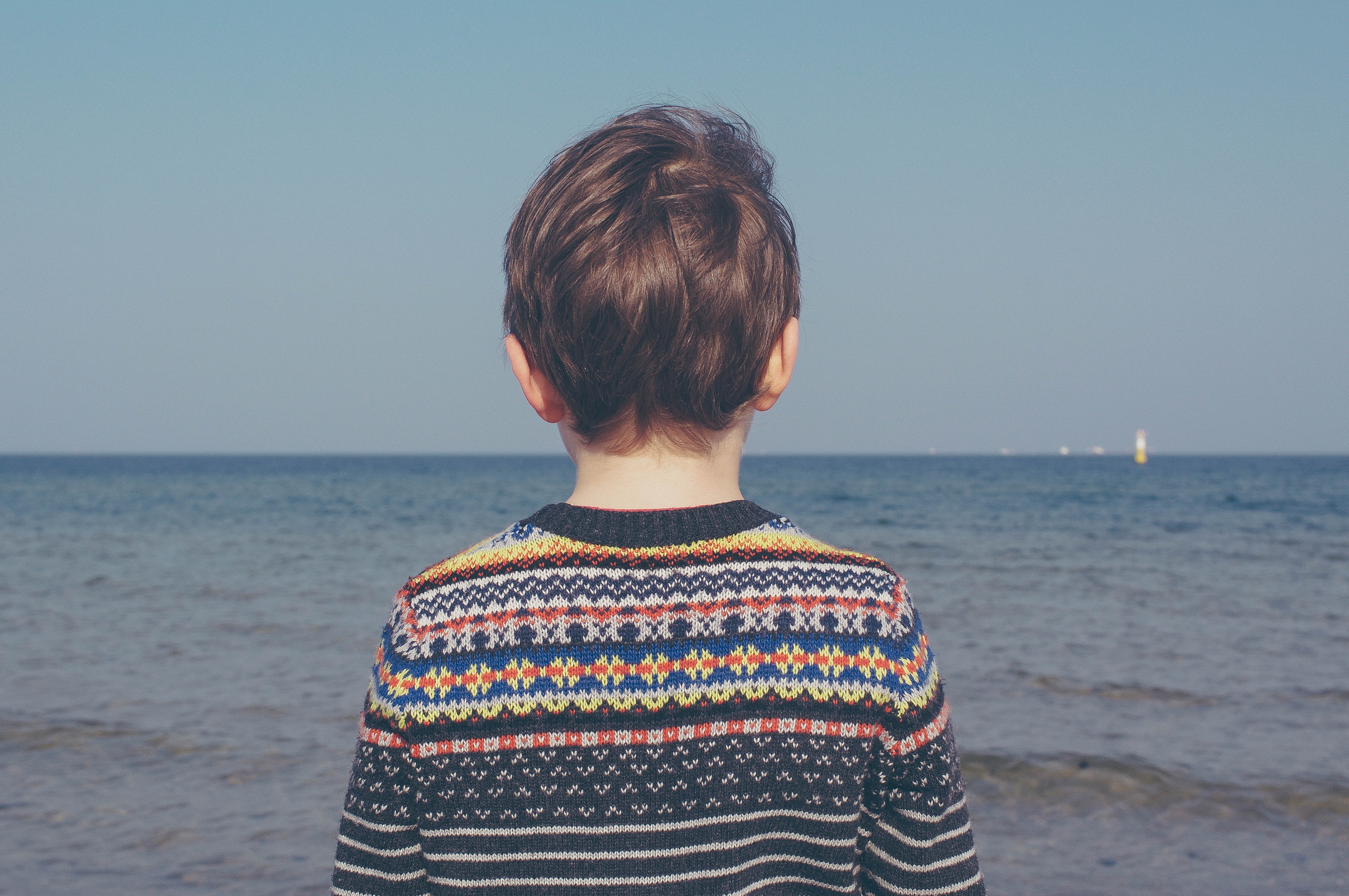 In Europe, a child is reported missing every 2 minutes, based on the Missing Children Europe’s Figure and Trends report. In 2018, there were 424.066 reports of missing children in the United States and 42.233 in Canada, while each year an estimated 96.000 children go missing in India and 40.000 children go missing in Brazil, according to the International Centre for Missing and Exploited Children.

How does one act when a child goes missing? And what systems are put in place in order to effectively find the missing child?

A commonly used practice in the search for missing children is the use of publicity appeals. A publicity appeal uses communication channels such as posters, social media, websites etc. with information about a missing child aimed at the public in order to get information on the whereabouts or other information that may help in finding the child. In extremely worrying missing children cases, where the life of the child is at immediate risk, national child alert systems are deployed. Sometimes referred to as Amber Alerts, they make use of various channels including billboards and text messages to spread the word of the disappearance to as many people as possible in the shortest time.

Information-distribution channels have evolved in recent decades, affecting the systems used to notify the public about missing children. This logic is remarkable in retrospect, now that information can be instantly published and shared on a global scale. Their historical development and progression can contribute to a better understanding of the potential for their future evolution with the assistance of innovation and new technologies.

On the morning of Friday May 25, 1979, 6 years old Etan Patz left his apartment building in Manhattan by himself for the first time and took a short walk to his bus stop located only two blocks away. He never made it. When Etan failed to return home after school, his mother phoned authorities and an intense search was launched for the missing boy, which included nearly 100 officers and a team of bloodhounds. The search continued for weeks on end, but to no avail. At the time there was no nation-wide system to report and follow up on missing children.

In the mid-1980s, milk cartons with photos of missing children on them made their debut. Patz was the first missing child to appear on milk cartons nationwide in the United States in 1984, as part of a campaign run by the National Child Safety Council. The program began in Des Moines but expanded so that the same photos could be distributed across state lines. The idea was to reach a wider audience “since kidnappers often whisk children from state to state,” as one news syndicate explained matter-of-factly in 1985. “Their faces will be there at the breakfast table,” Joe Mayo, a police commander in Chicago told The Associated Press in January 1985, shortly after the program launched. “People will have to think about it.”

“With so many children missing,” The New York Times reported in 1985, “the milk-carton program could continue for years.” In fact, missing children were featuring on grocery bags, videotapes, television commercials, toll tickets, trucks, billboards, utility bills, pizza boxes, telephone directories, and beyond. The effort worked at least some of the time: Newspapers in the late 1980s and early 1990s carried countless stories about milk-carton children who were recognised and reunited with their parents. The Milk Carton Kids Program became practically obsolete in the 1990s with the introduction of the Amber Alert System, a child abduction alert system distributed by media channels and via SMS still used today.

The AMBER Plan that led to the Amber Alert Program was created in 1996 in the United States as a powerful legacy to 9-year-old Amber Hagerman, a bright little girl who was kidnapped and brutally murdered while riding her bicycle in Arlington, Texas. The tragedy shocked and outraged the entire community. Residents contacted radio stations in the Dallas area and suggested they broadcast special “alerts” over the airwaves so that they could help prevent such incidents in the future. In response to the community’s concern for the safety of local children, the Dallas/Fort Worth Association of Radio Managers teamed up with local law-enforcement agencies in northern Texas and developed this innovative early warning system to help find abducted children. Statistics show that, when abducted, a child’s greatest enemy is time.

The AMBER Alert Program in the United States is a voluntary partnership between law-enforcement agencies, broadcasters, transportation agencies, and the wireless industry, to activate an urgent bulletin in the most serious child-abduction cases. The goal of an AMBER Alert is to instantly galvanise the entire community to assist in the search for and the safe recovery of the missing child.

In Europe the AMBER Alert is activated in accordance with the national laws of each country. States have their own national and local law enforcement agencies and partners that follow the national legal order to activate their child alert system.

In 2007, the European Union took the initiative to create the common European Hotline 116 000 for missing children in all Member States. The idea was that precious time can be saved by establishing one number across Europe that could be reached in case a child goes missing. The 116 000 Hotline offers free emotional, administrative, legal and occasionally financial support to children and families 24/7. The 116 000 Hotline network coordinated by Missing Children Europe is operational in all 28 EU countries and in a total of 32 countries in Europe.

More than 250,000 cases of missing children are annually reported in the EU. Despite this huge number, it is hard to collect comprehensive data about why these children go missing and what happens when they do, due to differing data collection methods.

Child alert mechanisms aim to alert as wide a group as possible, as quickly as possible, about missing children in the hope that the public will be able to provide relevant clues for the investigation. Child alert systems are used in the event of all types of worrying disappearances. Such systems use electronic means of communication such as electronic signs on motorways, information on radio and television. According to the European Commission, a child alert system is currently available in 17 EU Member States.

New technologies and Innovation for the Future

New technologies can serve social purposes, by leveraging the velocity and outcomes of the systems used in missing children cases. This is the purpose of the Collective Awareness Platform for Missing Children Investigation and Rescue – ChildRescue. Through an innovative approach on the missing children investigation cycle, ChildRescue aims to become instrumental in enhancing collective awareness, resourcefulness and actions for a humanitarian cause: expediting more rapid and effective resolution of missing children cases. The project funded by the EU Horizon 2020 program couples research and innovation with its emphasis on excellent science and tackling societal challenges.

ChildRescue explores patterns of interaction and awareness during missing children investigations; in that way it leverages the untapped potential of open-social-linked data to augment the background information of missing children through multi-layer (personal, psychological, social and activity) profiling and predictive analytics. The platform provides evidence-based insights to missing children response-organisations and allows them to make informed decisions for each case. Based on location-based mobile notifications that spread using an intelligent system, citizens close to areas where a missing child was last seen or where s/he is probable to be found become “social sensors” for the investigation, paying attention to people passing by, contributing and validating potential evidence.

ChildRescue delivers a modular, open-source solution to be adopted by different voluntary organisations, according to their needs and the readiness of their systems, improving the effectiveness of missing children investigations. The project’s results are currently piloted in missing children cases by the partners in Belgium and Greece who are responsible for the Amber Alert type systems and the 116 000 hotline in partner countries; and for missing unaccompanied children who are supported by the Hellenic Red Cross, in complementarity with existing models of operation. Missing Children Europe and the Hellenic Red Cross ensure visibility of the results across all relevant response and volunteer organisations in Europe.