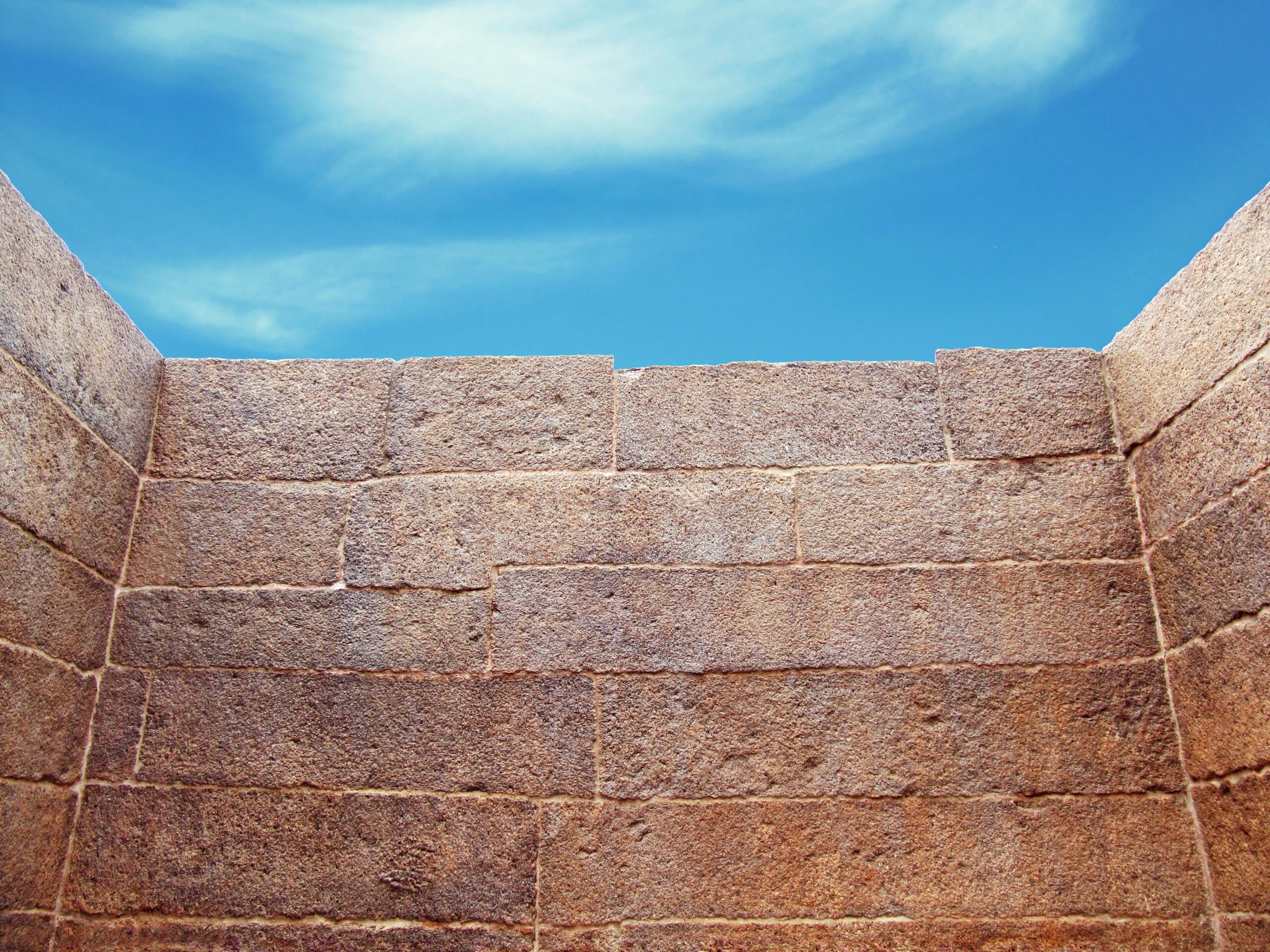 The COVID-19 pandemic is having a devastating impact across the world. Children, adults, families, entities, organisations, and States all over the globe are adjusting every day to measures in order to contain the spread of the virus. These efforts are vital to safeguard the physical health of each one of us, and of the world’s population as a whole. Available data shows that the timing of state decisions for the limitation of public movement affects the spread of the disease in state population. This is revealed by compared statistics gathered from various organisations and depicted by the Johns Hopkins University & Medicine Coronavirus Research Center. By staying home, the spread of the disease is halted, physical health is in less risk, the “curve is flattened”. Flattening the curve involves reducing the number of new COVID-19 cases from one day to the next. This helps prevent healthcare systems from becoming overwhelmed. Does it also help people from becoming overwhelmed during long periods of lockdowns?

As people across the world deal with new challenges that arise from social distancing and the exponential growth of COVID-19 cases, concerns about maintaining good mental health have grown. In mid-March 2020, the World Health Organisation (WHO) issued a guiding document regarding Mental health and Psychosocial considerations during the COVID-19 outbreak. The document points out that WHO and public health authorities around the world are acting to contain the COVID-19 outbreak. However, it is clearly stated that this time of crisis is generating stress throughout the population. A few days later, on the 8th of April 2020, WHO published a Joint Statement by Leaders of International Organisations entitled: “Violence against children: A hidden crisis of the COVID-19 pandemic”. The document was signed by representatives of 21 International Organisations, UN Special Representatives for Children’s Rights, as well as by Regional and International NGOs working with and for children around the globe.

Based on the above-mentioned statement, efforts to contain the coronavirus are vital to the health of the world’s population, but they are also exposing children to increased risk of violence – including maltreatment, gender-based violence and sexual exploitation. According to UN data, a third of the global population is on COVID-19 lockdown, and school closures have impacted more than 1.5 billion children. Movement restrictions, loss of income, isolation, overcrowding and high levels of stress and anxiety are increasing the likelihood that children experience and observe physical, psychological and sexual abuse at home – particularly those children already living in violent or dysfunctional family situations.  Antonio Guterres, the UN Secretary-General and Amina J. Mohammed, the UN Deputy Secretary-General called for the world’s attention on domestic violence. The latter stated that “When women and girls are ‘locked down’ in their homes with abusive partners, they are at much greater risk than ever before”.

Reports from countries in every region suggest that restrictions in movement, social isolation, coupled with increased social and economic pressures are leading to an increase in violence in the home. This upsurge in violence is not limited to one country or one region. UN News have already documented an increase in domestic violence across the globe – from Argentina, to China, Germany, Turkey, Honduras, South Africa, the United Kingdom and the United States to name just a few. In Malaysia calls have doubled and in France they are up 32 per cent.  In Lebanon calls to the helpline were double in March of this year compared to the same month last year.

And while online communities have become central to maintain many children’s learning, support and play, it is also increasing their exposure to cyberbullying, risky online behavior and sexual exploitation. Analysts at the Internet Watch Foundation (IWF) – a UK charity responsible for finding and removing videos and images of children suffering sexual abuse on the internet – voiced their concerns in March regarding a potential spike in public reports of child sexual abuse on the internet as more and more people stay at home during the coronavirus pandemic. With schools being forced to shut, there is an increased risk of children being groomed and coerced online into making explicit images and videos of themselves. The same concern was underlined by Europol in its report on Catching the virus cybercrime, disinformation and the COVID-19 pandemic. Activity around the distribution of child sexual exploitation material online appears to be on the increase, based on a number of Europol’s indicators. Offenders are likely to attempt to take advantage of emotionally vulnerable, isolated children through grooming and sexual coercion and extortion. Children allowed greater unsupervised internet access may be increasingly vulnerable to exposure to offenders through online activity. Moreover, Europol’s report stresses out that adults working remotely are not as able to supervise their children’s internet activity or actively engage with them offline to effectively monitor for signs of stress, isolation and loneliness.

Stress, loneliness, anxiety, witnessing domestic violence or being a victim of verbal of physical abuse at home constitute the main reasons that make children run away from home and go missing. Each year well over 250 000 children slip through child protection systems in Europe. Runaways, parental abductions, and children who go missing in the context of migration make up to 81.5% of missing children cases in the EU. Lockdowns have not prevented children from running away, border closures incited new cases of international child abductions and children in migration are now even more exposed to the risk of going missing due to the pandemic (Missing Children Europe).

The largest segment of missing children are those who run away from home (runaways). According to a publication of February 2020 in “Pediatrics” – the Official Journal of the American Academy of Pediatrics – as many as one in 20 youths runs away from home annually. These children and adolescents are at high risk of trauma, victimization and violence. They often have unique health needs prior to running, including history of physical trauma, mental illness, and substance use. Moreover, according to Missing Children Europe’s annual data report, Figures and Trends 2019, an overwhelming 68% of missing children who faced violence and/or abuse were runaway children. Among problems faced at home, emotional and physical violence within the family is ranked as most common, followed by conflict and tension. Children who have run away revealed that they experience a lack of support and attention by a trusted adult in their lives (Glowacz, 2017). They also revealed that they felt unable to ask for help due to the lack of knowledge on the support available and/or a lack of trust in the support that they were familiar with. In the present situation of lockdowns due to Covid-19, such risks are aggravated by children’s lack of direct access to schoolfriends, teachers, social workers and the safe space and services that schools or other friendly environment provide.

That is why, we need to be cautious; flattening the Covid-19 curve should not lead to an increase of suppressed, abused, maltreated children who will run away when lockdowns end. Being aware of the potential risks that arise due to the current pandemic can help social services, missing children organisations and the society at large to be better prepared to prevent and promptly cope with such instances, in case they occur.

On our side, we continue business as usual, as we work hard to complete the development of the ChildRescue App and platform by adapting accordingly to the challenges of the pandemic. As a result, next month we will test the final pilot stages of the App online to prepare for the public launch in summer 2020 , The App which processes data around missing children cases and gathers information that will lead to the optimal realisation of its purpose will be available to the public soon, so that as soon as the lockdowns end, a valuable tool for minimizing the time between the moment a child is reported missing and the one when it is found will be ready for download on your smartphone.

ChildRescue is funded by the European Commission under the Horizon 2020 framework with grant agreement No 780938, and its innovative trait lies in the combination of the fields of research and academia, informatics and technology, as well as the combination of the non-profit sector and the missing children organisations. Most importantly, this socially innovative project aspires to engage in its social mission all active citizens, through its developed app, so that missing children cases are resolved fast. So that children are quickly out of danger. So that what remains in lockdown is the fear of danger itself.