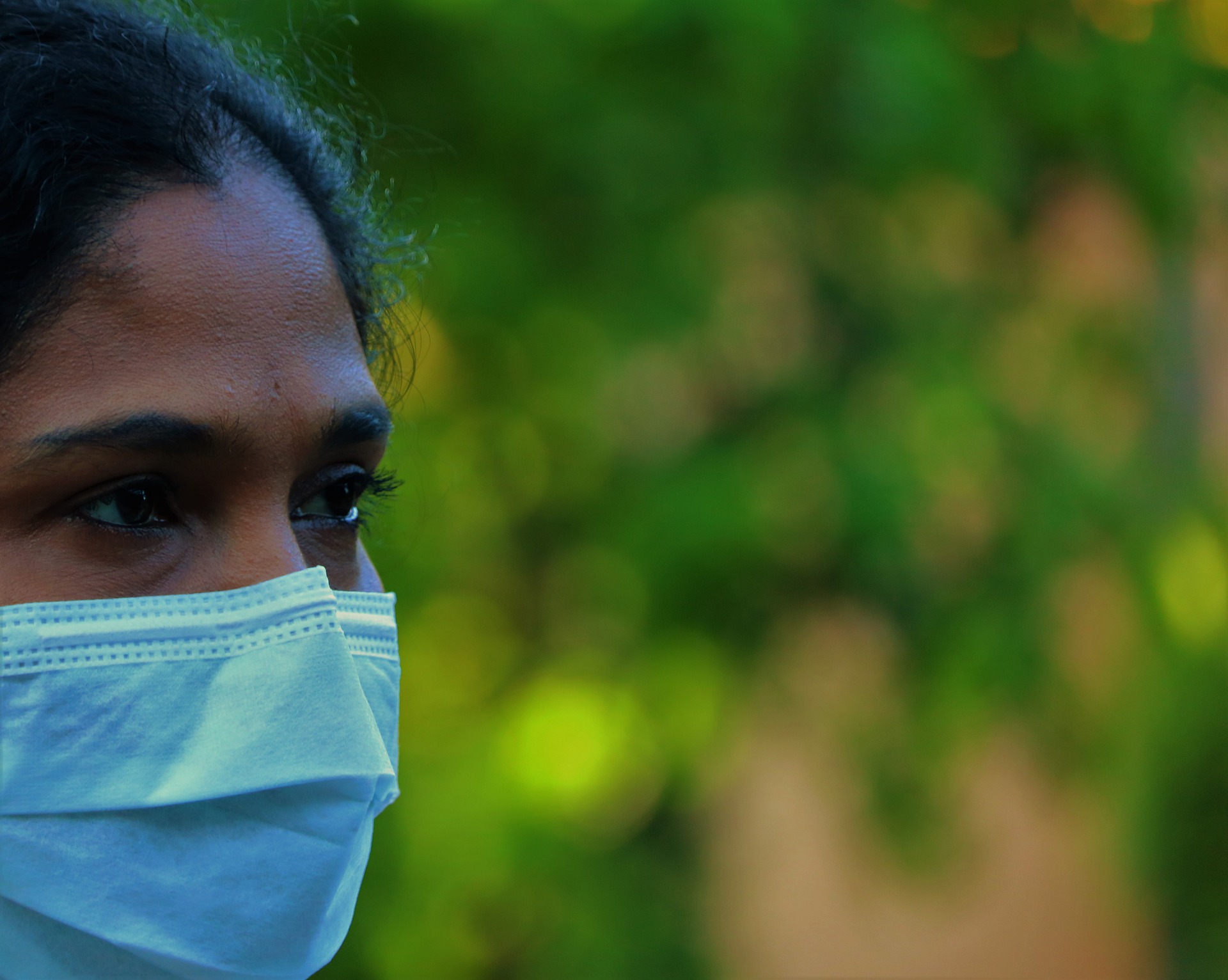 In the face of crisis, we are all vulnerable. We all experience fear and anxiety; we all want to protect our loved ones. In the face of conflict, disaster, war, persecution, we fight to survive, fleeing home and family, being on the move. What happens when in this occasion a deadly pandemic becomes a companion, further restricting choices and imposing lockdowns? The World Health Organization announced COVID-19 outbreak as a pandemic on 11 March 2020. In the face of a global health crisis, of a disease not (yet) curable, we are all vulnerable. On June 30, 2020 there were 10,117.687 confirmed cases of COVID-19, including 502,278 deaths, reported to WHO globally. The virus has shown that it does not discriminate. As COVID-19 poses a global threat to our collective humanity, our primary focus should be on the preservation of life, regardless of status. This crisis demands a coherent, effective international approach that leaves no-one behind.

“If ever we needed reminding that we live in an interconnected world, the novel coronavirus has brought that home.” These words, coming from UN High Commissioner for Refugees Filippo Grandi, express what the world has been experiencing over the last months: the coronavirus disease, knows no borders, no language barriers. It threatens everyone on this planet – including refugees and other displaced people. At this crucial moment we all need to rally around a common objective, fighting a deadly virus. Many refugees, displaced, stateless people and migrants have skills and resources that can also be part of the solution.

On the occasion of World Refugee Day, WHO/Europe highlighted the lives, work and societal contributions of refugees and migrants to a united response to a common public health threat: the COVID-19 pandemic. Refugees and migrants play a critical role in societies’ response to COVID-19 and many across the European Region have found ways to contribute, such as working in the health sector – volunteering, supporting vulnerable members of their communities, producing masks and more. The same day the Council of Europe PACE Committee on Migration, Refugees and Displaced Persons issued a statement, joining appeals for action to protect the health of the most vulnerable people in displacement during and after the COVID-19 crisis. As stated by the Chairperson of the Committee, Pierre-Alain Fridez, the COVID-19 pandemic has changed everyone’s lives and has had unprecedented effects on people’s movement everywhere. Migrants are by definition people on the move, many of them forced to leave their homes through conflict or persecution. These people live in temporary and precarious conditions, often without sufficient healthcare and sanitary facilities, thus particularly at risk of contamination.

According to the UNHCR Global Trends Report, more that 20 million people were under the protection of the UNHCR and almost 80 million people forcibly displaced globally in 2019, the highest figure ever attained. Based on a combination of different data sources (e.g. registration, surveys) and statistical models, UNHCR estimates that between 30 – 34 million of the 79.5 million forcibly displaced people are children (between 38 – 43%).

The demographic structure of the people displaced across borders differs from the population of the 272 million international migrants and the 7.7 billion world population. Children represent a larger proportion of the displaced population than they do in the international migrant population, for example. At the end of 2019, around half of refugees were children, compared to an estimated 31% of the world population and just 10% of the international migrant population. (Demographic data is available for 80% of refugees globally. For the remainder, UNHCR has estimated the demographics based on the refugee data available in host countries and other countries in the same region. This figure excludes Venezuelans displaced abroad. To enable the comparison, data for the 5-19 and 20-24 age ranges in the world population and international migrant data was apportioned to UNHCR’s 5-11, 12-17 and 18-24 ranges.) Refugee children face particular challenges, such as access to education  An estimated 3.7 million refugee children were out of school in 2018. Enrolment rates of refugee children at primary and secondary level have improved in recent years, but only 3% were able to access higher education in 2018.

During crises and displacement, children, adolescents and youth are at risk of exploitation and abuse, especially when they are unaccompanied or separated from their families (these children are referred to as UASC). In 2019, UASC lodged around 25,000 new asylum applications. In addition, 153,300 unaccompanied and separated children were reported among the refugee population at the end of 2019. While children are usually referred to as under 18 years old, youth is defined by the United Nations as individuals between 15 and 24 years old. On this basis, there were more than 56 million migrant children and youth in 2019, accounting for nearly 21% of the total number of international migrants worldwide. 31 million of children were displaced globally at the end of 2018. Both figures, however, are significant underestimates due to the limited number of countries reporting data. While the vulnerability of children and youth generally depends on their age and other factors, migrant children may particularly be in a situation of double vulnerability as children and as migrants. Unaccompanied and separated migrant children are in an even more vulnerable situation as they do not have the protection and care of their parents.

The outbreak of coronavirus disease (COVID-19) has been declared a Public Health Emergency of International Concern (PHEIC) and the virus has now spread to many countries and territories. While a lot is still unknown about the virus that causes COVID-19, WHO states that there are relatively few cases of COVID-19 reported among children and that the scientific community needs to learn more about how it affects children.

Children may not be the face of this pandemic, but they risk being among its biggest victims. While they have been largely spared from the direct health effects of COVID-19 at least to date – the crisis is having a profound effect on their wellbeing. All children, of all ages, and in all countries, are being affected, in particular by the socio-economic impacts and, in some cases, by mitigation measures that may inadvertently do more harm than good. Weakened health systems and disrupted health services, job and income losses, interrupted access to school, and travel and movement restrictions bear directly on the well-being of children and young people. Those whose lives are already marked by insecurity are being and will be affected even more seriously. Refugees and other displaced people belong to the most marginalized and vulnerable members of society. They are particularly at risk during this coronavirus disease outbreak because they often have limited access to water, sanitation systems and health facilities. The harmful effects of this pandemic will not be distributed equally. They are expected to be most damaging for children in the poorest countries, and in the poorest neighborhoods, and for those in already disadvantaged or vulnerable situations.

Millions of children live outside of their country of birth as migrants or refugees or are displaced within their own borders. Facing acute deprivations in their access to school, health care, clean water and protective services, these children are among the most vulnerable populations on the globe. Many displaced children will see their family’s income shrink or disappear and global poverty levels are expected to worsen. According to UNICEF’s publication on the impact of Covid-19 on migrant and displaced children, vulnerable populations are predicted to disproportionately bear the brunt of this economic contraction. Poor health systems and disrupted health services – a reality for many migrant and displaced children – are likely to further weaken, placing children at risk of intensified hardship, both physical and psychological. The crowded conditions and poor access to proper water and sanitation common among families living in displacement pose obvious risks at a time when social distancing and hygiene are so critical.

UN agencies were forced to suspend resettlement procedures due to the COVID-19 pandemic, cutting off a “vital lifeline for particularly vulnerable refugees”, leaving millions of refugees with an uncertain path ahead. In many countries, border closures have left migrants stranded, placing children and their families at risk of further harm and potentially separating families for longer stretches.

As raised by many international, transnational, regional and non-governmental organizations and as mentioned in ChildRescue’s previous article, domestic violence is globally on the rise, and accounts of stigma and discrimination against the displaced are also increasing. Moreover, as economic downturns typically lead to more children working, getting pregnant or married, and being trafficked or sexually exploited, migrant and displaced children – who already face great risks to their safety — stand to see their situation worsen. The increasing global death toll means some migrant and displaced children will be orphaned and become vulnerable to child protection abuses.  Protecting these children’s well-being today is the best way to invest in their future and restore hope for a calmer path ahead.

ChildRescue’s commitment towards children and their safety pays particular attention on the developments that may affect missing children and missing unaccompanied migrant and refugee minors. Through the use of its social innovative application it engages all active citizens towards a common purpose: so that no child is left behind and so that no child is missing.